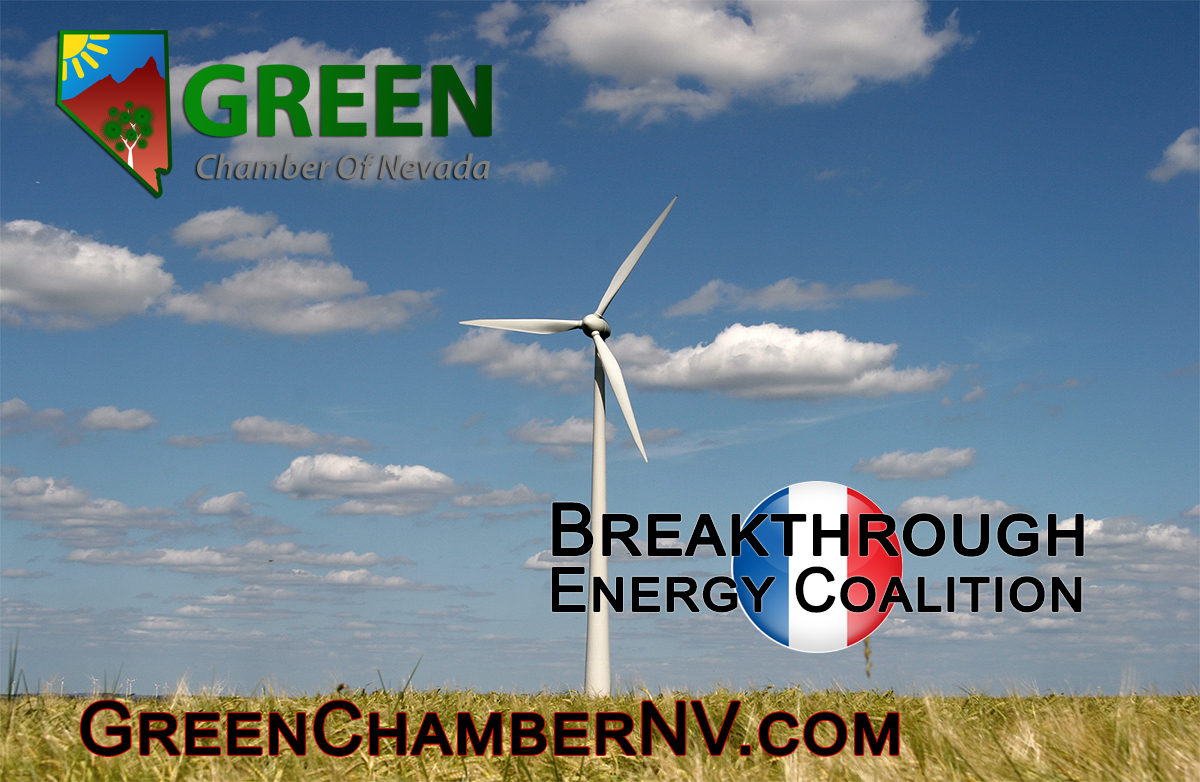 Leaders of the world nations sat down to discuss climate change in Paris last month in hopes to find a unified plan to tackle climate change.  Meanwhile, Microsoft founder and billionaire philanthropist Bill Gates had his own agenda.  He met with French president Francois Hollande, and President Obama to make clean technologies a stronger focus during the climate talks.[1]  Mr. Gates wants governments to take a stronger approach towards research and development in clean energy.

The long time philanthropist has successfully been heard.  Both Hollande and Obama support the creation of the Breakthrough Energy Coalition.  This coalition is an assembly of governments and Gates’s own rolodex of billionaires.  So far the roster consists of 20 countries, including the U.S, China and India.  It also has some heavy hitters such as Alibaba CEO Jack Ma, Mark Zuckerberg of Facebook, Richard Branson of Virgin Air, just to name a few.  The idea, Gates said, is “Private companies will ultimately develop these energy breakthroughs, but their work will rely on the kind of basic research that only governments can fund,”.[2]

The goal of the coalition will be to increase spending on research and development focused on clean energy start ups. The belief is more focus on “miracle energy” and breakthroughs will provide a solution to the worlds poorest nations being heavily reliant on coal based energies.  The World Bank estimates that it will take over $500 billion dollars to transition from fossil fuel and coal based energy to clean energy such as solar and wind.  The backers of the coalition feel that currently, clean energies are not viable for the poorest nations as they are costly.[2]

“We need to bring the cost premium for being clean down” Gates said in an interview with CNN New Day.  He believes that if we can help poorest nations make the switch without sacrificing economic growth, that it will eventually provide massive economic benefits.  If energy costs can be stabilized, the economic gap between nations can be closed.

Bill Gates feels so strongly about the assemble that he is using $1 billion of his own funds to kick start it.  Several nations have promised to double their current investments.  The fund represents billions willing to invest in large scale energy production.

Some opposition believes that all that focus should really go towards deployment.  Often times breakthrough clean air technologies take decades to research, let alone deploy.  Criticizers say that R&D is important, but why not work with low carbon technologies that are all ready commercialized.[3] They also believe that while substantial financial backing is their does not equate to finding a viable solution.  They also point to Mark Zuckerberg’s billion dollar donation to rebuilding Newark public school system that was mired in poor management.  Good intentions were misguided by poor planning.

The successful creation of the coalition demonstrates that world industry leaders can have a large say in what needs to be apart of the environmental talks agenda.  Global companies are not defined by borders, can still act responsibly. If larger companies show a push for low to no carb emissions, hopefully smaller ones will follow.  Bill Gates believes that If the public and private sectors can work together successfully towards the common goal then a zero-carbon future is 100%.  Gates said “I think we can get a bi-partisan agreement for this priority”.[3]  In the end, it does demonstrate that the most influential global contenders are willing to commit to finding a solution.