GCNV April 2017 Luncheon- Here Comes The Sun? An Update On Solar in Nevada

In the month of April 2017, we focused on the state of solar energy in Nevada. This is a highly charged topic that has upset and enraged people on every side of the issue.  We took a look at it with 2 keynote speakers giving their insights on the issues. 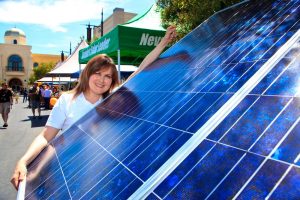 Deidre Radford serves as Project Manager for Bombard Renewable Energy. Deidre has been in the solar power industry for over 10 years with Bombard and is the past president of Solar NV, the Southern Nevada Chapter of the American Solar Energy Society. She also serves on the advisory board for Solar Power World’s Top Solar Contractors Lists. The best part of her job is being part of the Clean Energy Revolution in Nevada. She believes Nevada is uniquely suited for energy independence due to the vast renewable resources we have in the state, including solar power, geothermal, and wind power. 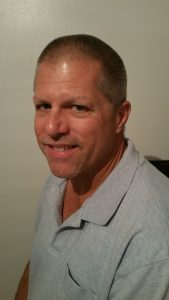 Guy has over 32 years experience in the Electrical, Utility, and Renewable Energy Industry. He was involved in the infancy of the Solar Industry and is a second generation member of the International Brotherhood of Electrical Workers, Mr. Snow is currently working for G & G Systems in Las Vegas, a full service Electrical Contractor. During his 19 years with G & G as General Foreman Mr. Snow has supervised many large projects. He was instrumental in the completion of the first large Solar System on the Las Vegas Strip. Snow has consulted for the local utility on unique solar tie-in situations at existing services.

Before moving to Las Vegas, 22 years ago, Mr. Snow was an Electrical Contractor in South Dakota where he installed Solar on remote projects that could not connect to the local utility grid. Snow is the current President and has been active for 12 years with SolarNV, a Non-Profit that provides renewable energy education and advocacy to consumers. Mr. Snow teaches at the local training center on Renewable Energy, instructing Electricians and Apprentices about Solar systems and code compliant installations. Mr. Snow has mastered numerous courses, classes and manufacturer trainings for further education and has traveled to other countries to expand his Solar Knowledge. Snow has held certification as a Solar Installer from the North American Board of Certified Energy Practitioners since 2009. His intense enthusiasm for Solar Energy has compelled him to share his knowledge with everyone.