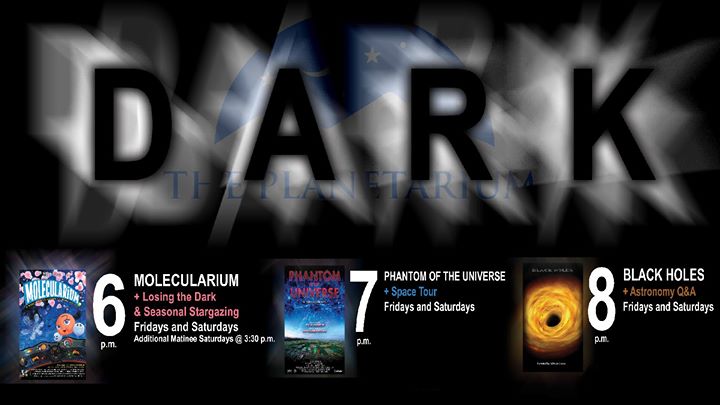 So much of space is about the seen and the unseen. The majority of our Universe is dark. Black holes are infinitesimal behemoths that dominate large areas of space. It is an overwhelming idea that the Universe is highly influenced by not just the unseen, but the impossible to see.

The CSN Planetarium is tackling these ideas in March and April. Come learn about these invisible forces in the theme of “Dark”.

CSN Students admitted FREE on first Friday of each month.

Please note that there is no late seating.